Encouraging diversity in the legal sector, and increasing the accessibility of the legal profession are at the very heart of NOTICED’s mission statement.  John Oladeji of Osborne Clarke LLP (who was also formerly the Secretary of NOTICED’s Steering Committee) and Isaac Eloi of Freeths LLP, founders of the BML Network, discuss the important work that it is undertaking in this space.

What is the BML Network?

John: The BML Network is a collective of Black men in the legal profession. Membership consists of solicitors in private practice and in-house positions, along with barristers and those in legal compliance roles. We also have student members, who we support during their post-16 studies through workshops and mentoring.

What is the purpose of the BML Network?

Isaac: The BML Network exists to inspire, uplift, connect and support Black men who work in the legal profession and those who want to enter it. Our aim is to provide our members with the opportunity to discuss and learn from their experiences of working in the legal profession. Through collaboration with law firms, companies and chambers we aim to identify the factors that cause Black males to leave the profession, and what else can be done to retain Black male talent and encourage the next wave of aspiring lawyers.

John: We intend to do this via our Year 7-to-Chambers/Firm pipeline, which will be a guiding timeline for Black men wanting to enter the legal profession. We will be visiting schools across the country to deliver inspiring messages to Black males to show them that the legal profession has plenty of Black men who have reached and broken through their career goals and who work on interesting cases and deals daily.

Isaac: Though the primary focus of the BML Network is to encourage and drive the aspirations of Black males in the legal profession, we will be highlighting the complexities of being Black in a modern world, and will endeavour to support other strands of diversity and act as an ally in driving change forward.

What inspired the launch of the BML Network?

Isaac: For many years, young Black males have felt trapped to only aspire to and emulate the successes of Black male role models in media and entertainment and sports. I personally thought it was time that something was done to change this, so a key aim for us is to change the narrative and help to demonstrate that the legal profession is yet another career option for young Black males to explore and that there are successful Black men working within it.

What was the process of launching the BML Network?

John: The process was very simple. I think people unnecessarily complicate these things, and it helps that our focus is clear. Isaac and I have a mutual friend, Aji Ayorinde, co-chair of The Law Collective. I shared the idea with Aji and he mentioned that Isaac had similar ideas. After a two-hour call, Isaac and I decided to make it happen and the rest is history.

What has happened so far?

John: Well we officially launched on 31 March 2018 with our inaugural lunch hosted by Cabana in Covent Garden, London. It was a huge success. To be honest we were surprised by the level of interest shown in attending. Initially we thought it would be a small gathering with a handful of people, yet we ended up having to release additional tickets and move the venue in order to accommodate everyone that expressed interest. Since the launch event our membership has continued to grow at all levels and we are able to reach a large audience. To put things into perspective, our LinkedIn messages posted regarding the inaugural lunch have collectively reached an audience of about 18,000.

What can we expect?

Isaac: We currently have a handful of events coming up between now and Black History Month. We are also working on an initiative with one of the leading law schools in the UK and are making plans to interact even further with our younger members in higher education. We are also looking for members to join our steering group, so if you would like to be involved at a core level, please do email us.

Ramyaa Veerabathran, a member of NOTICED’s steering committee and a Disputes lawyer at Herbert Smith Freehills LLP, commented “There is increasing awareness around the importance of having access to role models from minority ethnic communities in order to inspire and encourage individuals from diverse backgrounds to enter, and stay in, the legal profession. It is in recognition of this aspect that many of NOTICED’s events and publications are centred around the celebration of role models in the legal profession from minority ethnic backgrounds. The BML Network’s mission therefore fully resonates with us and the work that they are doing in this space is very important indeed.“

To get in touch with the BML Network email BMLNetwork@outlook.com. 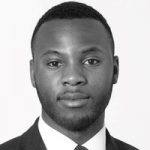 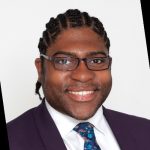 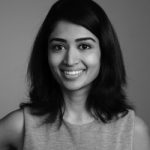 NOTICED welcomes Bristows to the Network